Joining Jo on a Monday walk

Along the southern end of Burleigh Beach a bush covered headland juts out into the ocean. In 1947 it was designated a National Park and has retained its bush covered beauty in the middle of the surrounding suburban hi-rises.

It provides a peaceful haven for wildlife and walkers. Remnants of past volcanic activity, littoral rainforest and reminders of the living culture of the Kombumerri people are protected in this park. The Kombumerri call the headland “Jellurgal”.

In spite of its small size, the park is quite diverse, with fringing mangroves along the creek, and windswept tussock grassland, open forest, rainforest and coastal vegetation around the headland.

So come with me for a walk along the Ocean view track.

Before we get to the beginning of the National Park we first walk along the beachside and past that restaurant. Always lots of activity. 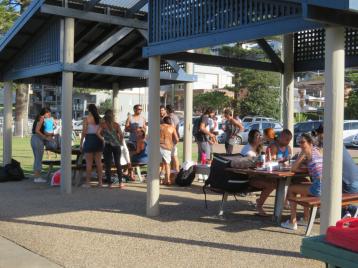 This is a much cheaper option than dining in the restaurant. A happy family get together. Even have the safety of the police keeping an eye on things.

At the Nook you can collect your take away coffee and have a chat while your dog can have a drink too. 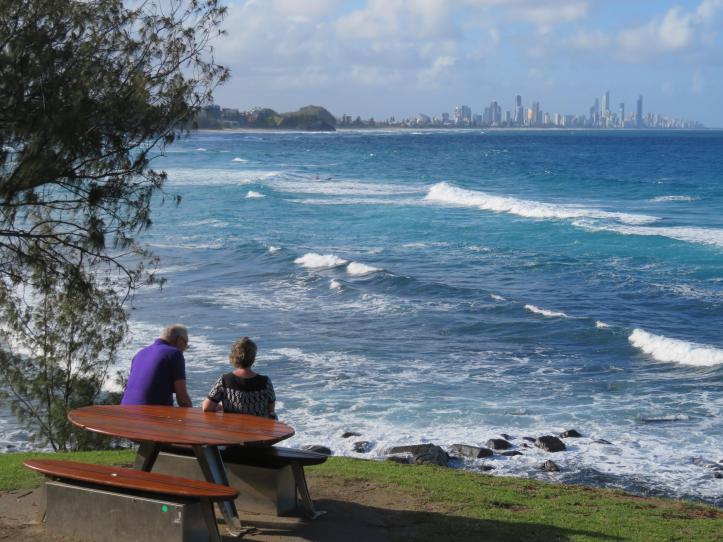 Plenty of benches to sit and admire the view. In the far distance you can see the hi-rises of Surfers Paradise.

At the start of the walkway is a memorial plaque dedicated to the traditional Aborigine owners and commemorating the fact that this is where the modern style surfing competitions began in 1977.

In the carpark at the entrance to the Oceanway walk this magnificent Frangipani tree caught my eye. What a lovely sight and in the evening the perfume must drift up to those holiday apartments behind it.

The tracks around the park have been closed for about 3 months for upgrading, but have recently re-opened so I’m interested to see what has been done. 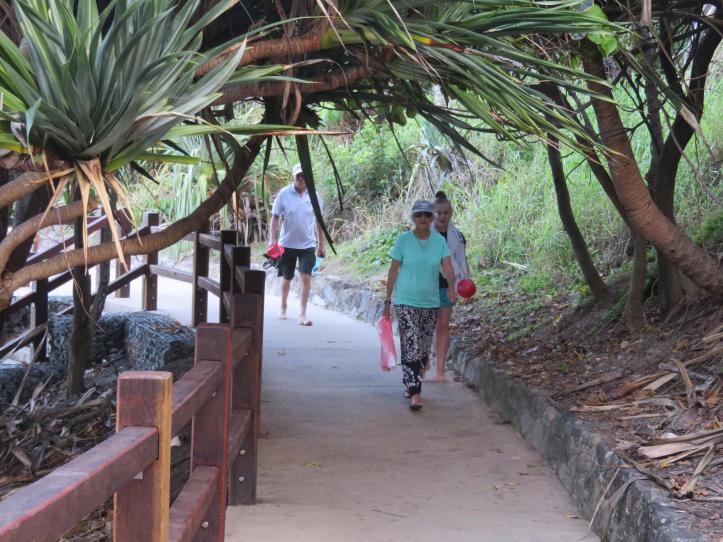 The tracks have been resurfaced to make them wheel-chair friendly and new fence has been installed.

This is a new bench a handy place to sit awhile and watch the surfing activity. There’s also some new native shrubs been put in.

But the local wildlife is still here.

This bush turkey has found a tasty snack left behind. Though notices are up to say “do not feed the wild life”. I don’t like to see rubbish left behind either… 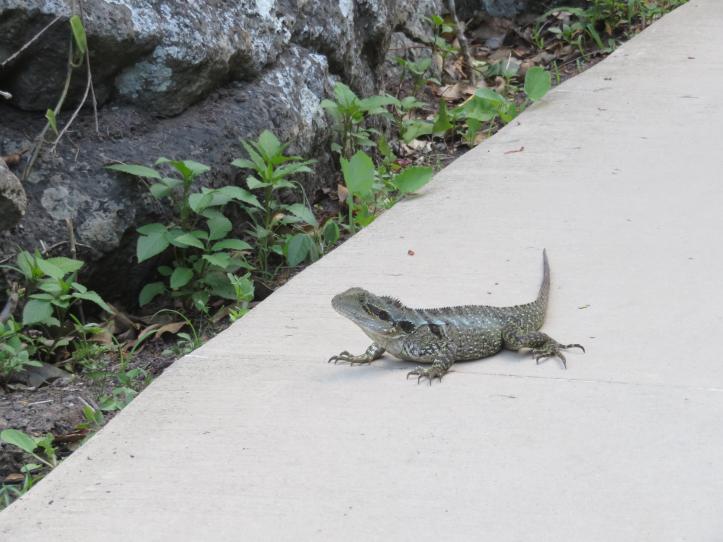 I stopped in my tracks when I saw this water dragon sunning himself in the middle of the track. He wasn’t worried about me, probably used to people passing by. So I slowly inched closer taking photos, ever closer and closer and still he, disdainfully, just ignored me.

I think he has his eye on me and from this distance I could almost touch him. But I didn’t. Then he suddenly scuttled off head and tail in the air in the funny rolling gait they have.

Walking past the open grassland area and round this corner the view stretches south and looks across the border into New South Wales with Coolangatta in the distance.

The 2 fishermen are trying their luck and the ocean is quite calm today. I wonder if they have caught anything. At this point we turn back. I will leave the rest of the up-hill section for another day. 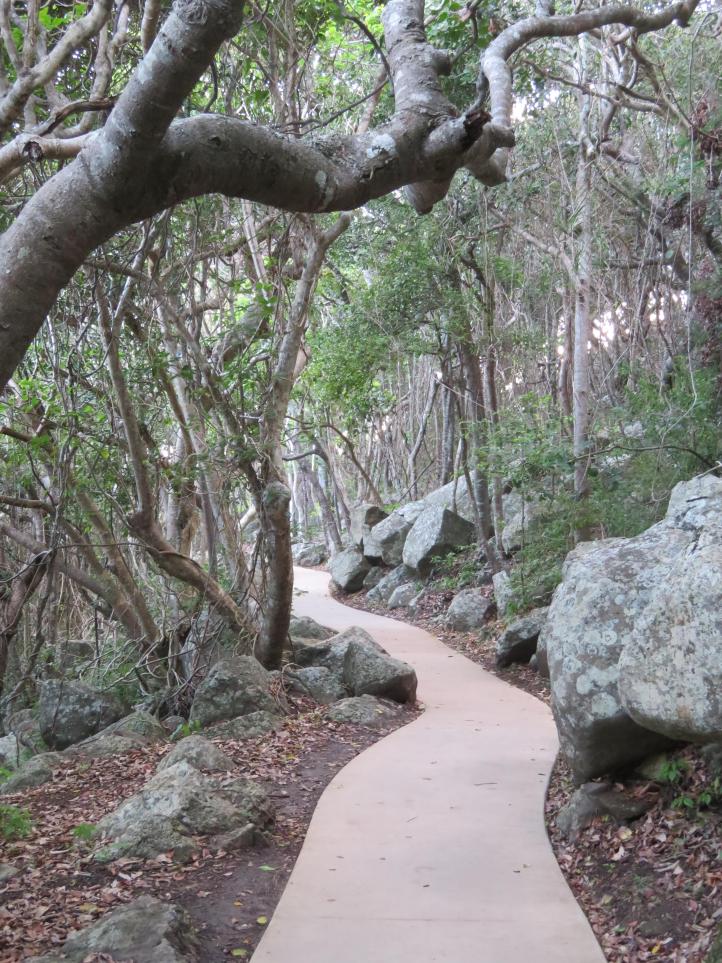 “Between 20 and 23 million years ago, molten lava from numerous eruptions in the Mount Warning area spread in all directions, some flows reaching the present coastline at Burleigh headland and Point Danger. Slow cooling of the thick lava resulted in shrinkage and cracking into six-sided columns. Many slid and rolled to the water’s edge.

Heavy rain seeping down into the underlying rocks contributes to the instability of the area and aids in speeding up the movement of these huge columns further downslope.” (here is more information of the area)

I think I will stop for a coffee at the Nook on my way past, or there is another snack bar a bit further along and they serve ice cream!!!

I have joined Jo’s lovely and energetic walking group this week. Stroll over to see where everyone has been. Jo is showing us how beautiful the Algarve is.