The unpredictability of gardening, some you lose, some you win. But it is always a joy.

On a visit to a native plant nursery back in November 2017 (I can hardly believe it was that long ago, it only seemed like yesterday!) I became enamoured by a dazzling display of paper daisies.

They were $10 a small pot. So I decided to grow some from seed. So, filled with enthusiasm, I scattered the seed onto a seed tray. 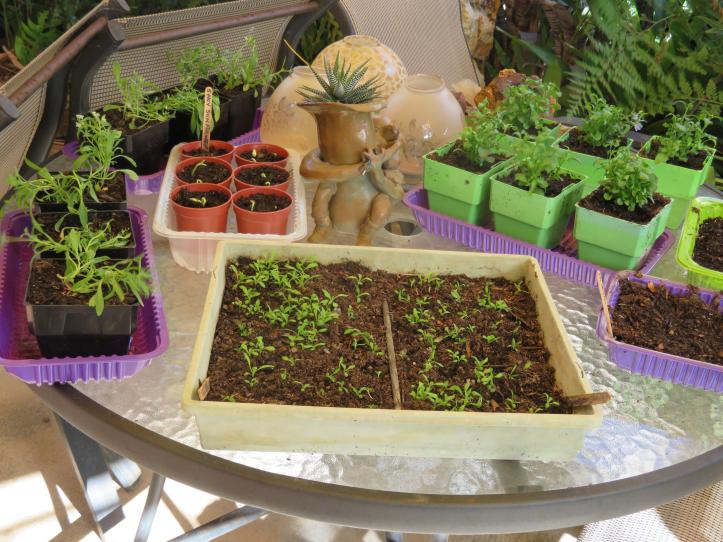 I lavished care and devotion on them. Growing them on in individual pots, then into larger pots. Finally, triumphantly, planting them in the garden. 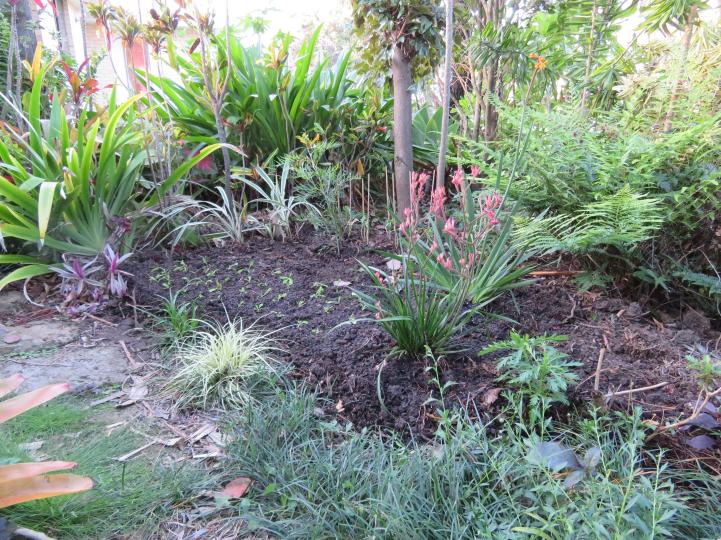 Every day I would check their progress. Willing them to grow and flower 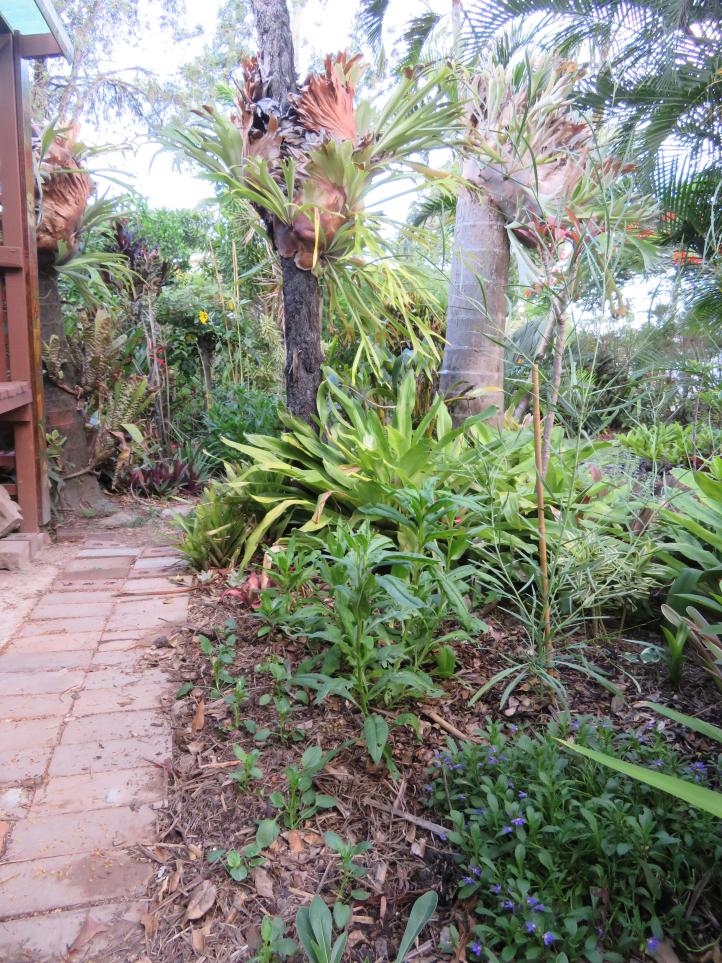 I had them planted around in any empty spots. These did not do very well, I think maybe not enough sunlight here. They sulked and refused to flourish. I used seaweed solution and sprinkled Dynamic Lifter around and watered during dry spells, but to no avail. In another area they received too much rain and the flower heads rotted before opening. Finally, disappointed and admitting defeat, they became compost fodder. 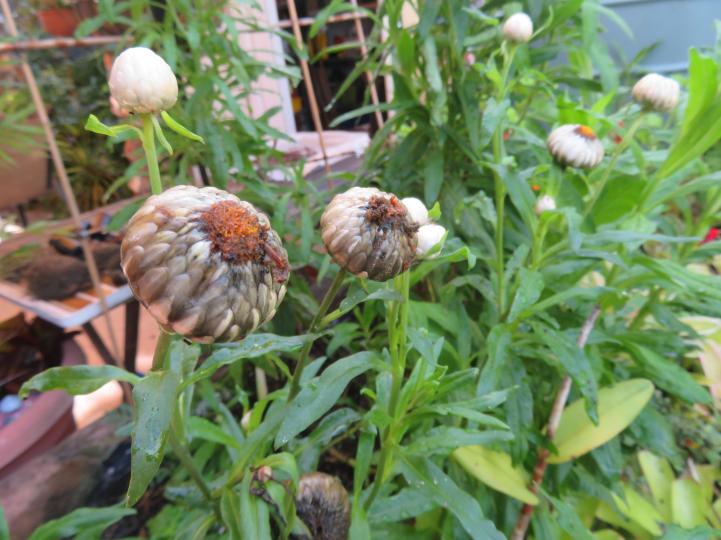 I did have some success, the ones I grew in a pot standing in the hottest part of the garden near the fish ponds did very well. These were back in January.

But this week I have another small, actually tall, success story, as this week, 9 months after the initial sowing of seed and all the others having long gone to the big compost bin in the sky (well actually the small compost bin in the corner of the garden!) I have 2 plants left. And what plants they are, just look at them. They are in a part of the garden that gets minimal attention. Maybe that was the answer, I killed all the others with kindness… 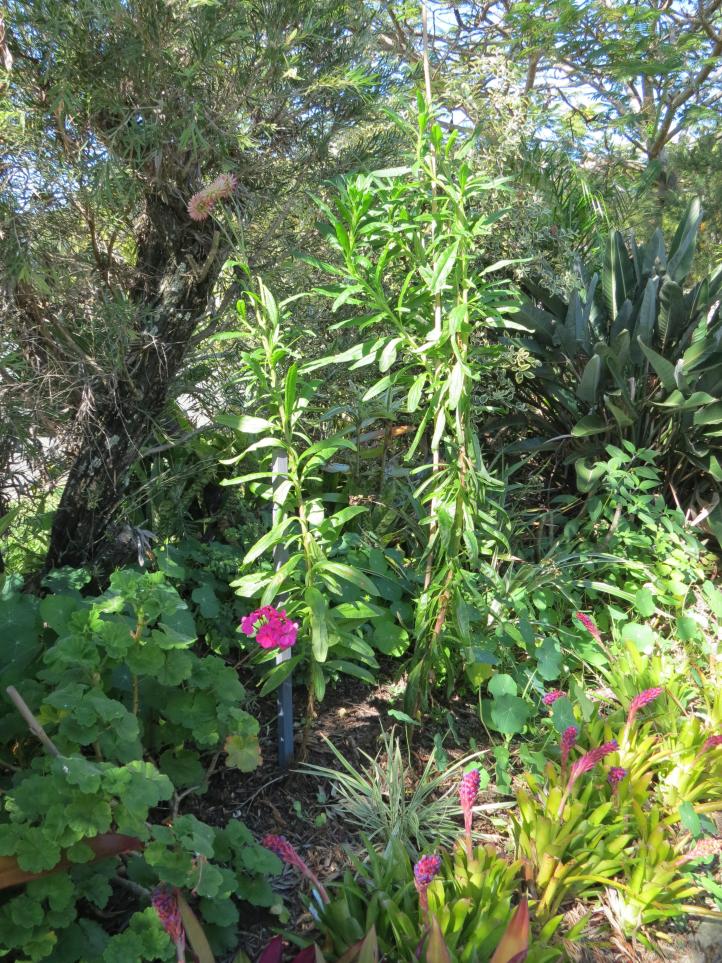 They are like “Jack’s beanstalk” towering above my head. Maybe I should’ve tip pruned them more often. Finally they burst forth into flower, one straw yellow, one shades of pretty pink. I picked a bunch, brought them inside and put them in a vase were the are now drying to crinkly, star-shaped everlasting daisies. 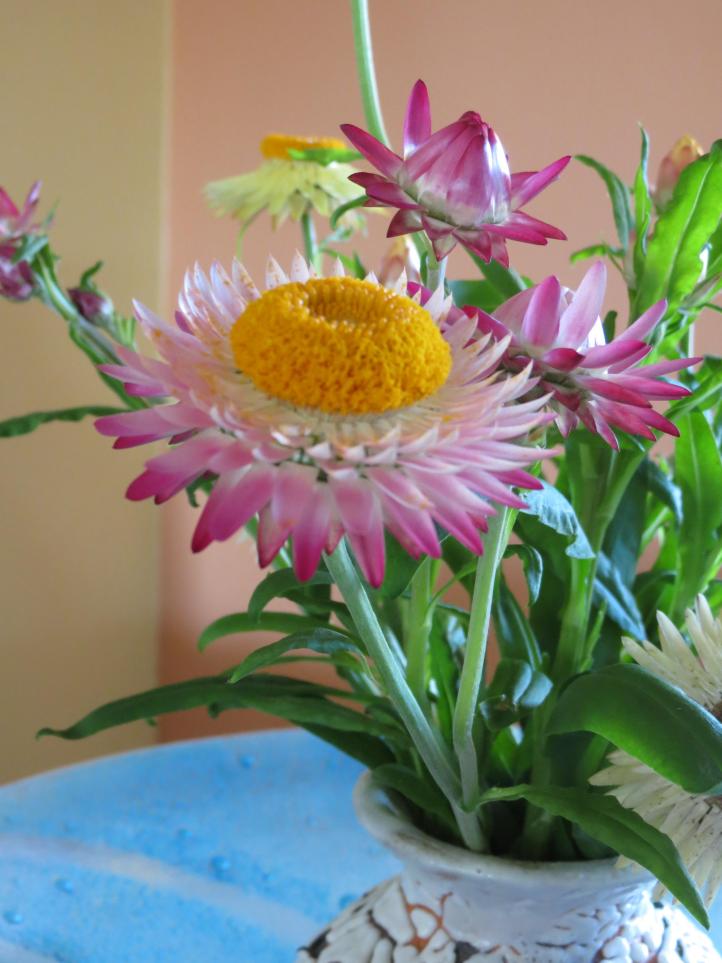 Maybe I will save seeds from these two!!!

The lesson I have thoroughly learnt, and wish to pass on to others, is to know the enduring happiness that the love of a garden gives. – Gertrude Jekyll