September has been an adventurous month when I disappeared into the isolated outback city of Broken Hill. I returned 3 days ago and I am still processing my thoughts and impressions and sorting the hundreds of photos. So more on that in another post.

The garden was left to look after itself for the 2 weeks we were away, a friend popped in a couple of times to water the pots (yes the pots seem to be proliferating, despite my resolve to minimise them…). I had planted quite a lot of annual seedlings and some new native shrubs that were all at the vulnerable stage of still establishing themselves.

Before we left it had been very dry, no rain for weeks, and I had been watering regularly and wondering how the garden would survive without my tender loving care. I covered all the beds with sugar cane mulch. Then the week before we left the heavens opened and over the 7 days we had 80mm of life giving rain. I heaved a huge sigh of relief, and I’m sure the plants did too.

It did not rain while we were away, but the day we returned a huge storm swept in from the west. Wind, rain, thunder, even hail. But our area only received the tail end of 20mm of rain, no hail. Areas further west were devastated. Everything in the garden was thriving. It was still raining today, but between the showers the sun peeped out, briefly, and I went out to take some photos.

After the rain everything looks so lush. Notice on the right hand side there are tiny blobs of red hiding among the leaves of the powder puff Lilly Pilly (Syzygium Wilsonii) 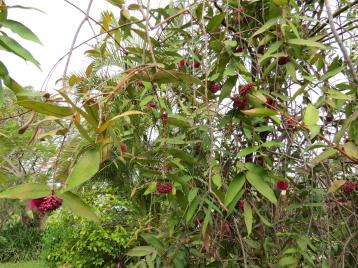 Some are already opened and next month the tree will be covered in a spectacular cascade of fluffy blood red balls. Surrounding the base of this native wonder tree are the annuals I planted a few weeks ago. I was so pleased to see they had survived my absence and greeted me with the start of their flowering season. The Red Dianthus, true to its name “Red Rocket” has rocketed off ahead of the Statice “Rat’s Tail” waving to me in the background and the blue and white Salvia just making an appearance in front.

What pleased me most was the native Ozothamnus tucked behind the annuals in full flower. This will eventually grow to 2 metres and fill this area. 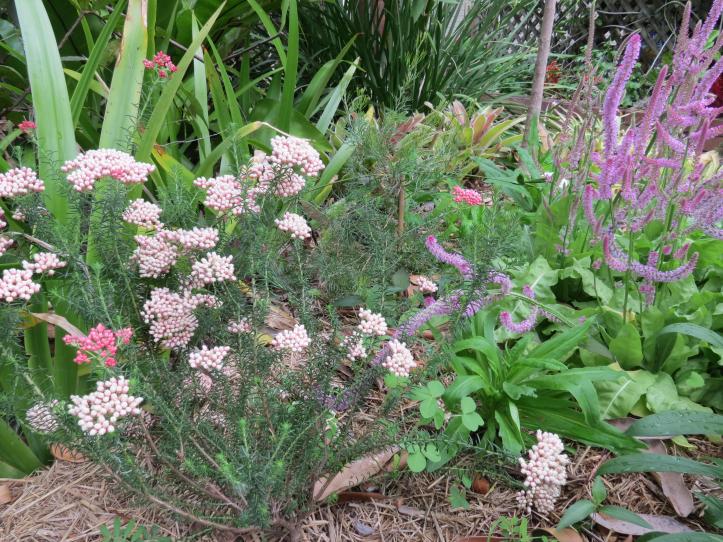 Along the drive the Alyssum is still flowering profusely and the geraniums are getting tall but seem to be all leaves at the moment. Maybe as it gets warmer they will burst into flower. I can see a few weeds need attention… 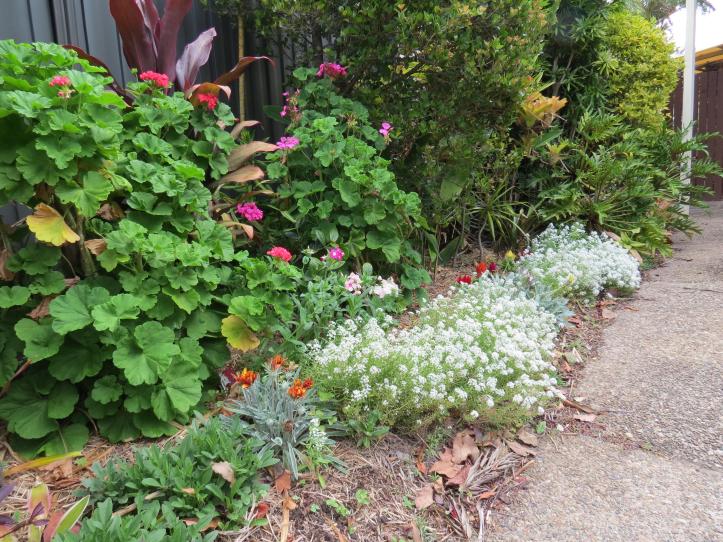 Across the other side of the drive the matchstick bromeliads are making a brave show. 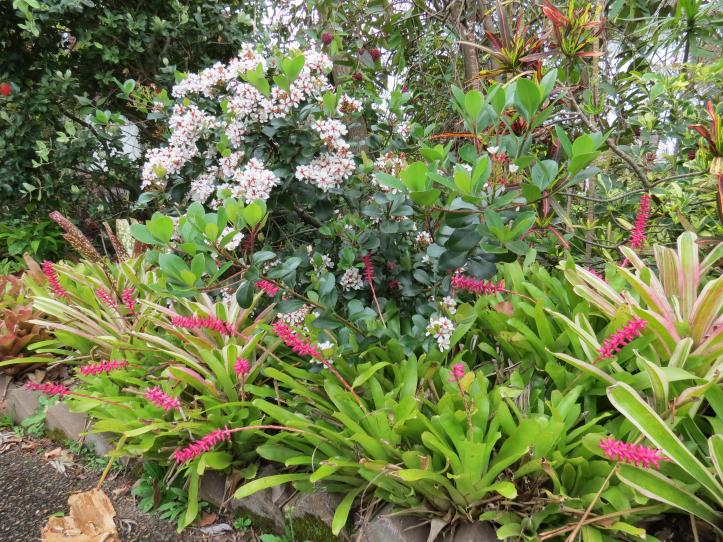 Do you remember the paper daisies I grew from seed? (Check here). Well amazingly they are still growing. They are now about 7 feet tall, despite me trimming them back a few weeks ago. 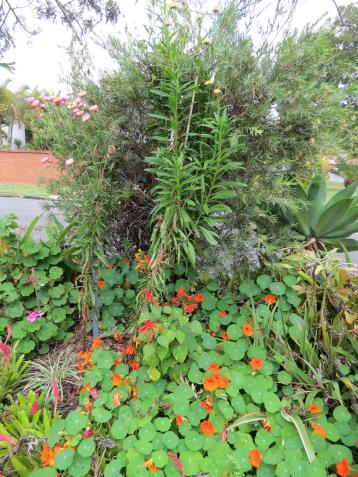 I had to use the zoom to get the right hand photo!!! The nasturtiums will be using them as climbing poles insinuating themselves up and through all the plants in their path. I will have to trim them back…

In the back garden they are also taking over during the 2 weeks I have been away, using Jacks Dragon Fruit frame to reach for the sun,  they are self sown, feral, and great survivors, but I love their happy sunny, orange faces smiling out at me, and they add zing to a salad. 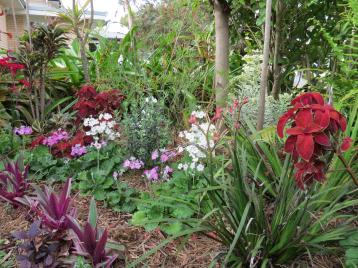 Over in the only slightly shady section of the garden the primulas are putting on a picturesque show and look at those lettuce waiting to be picked.

But these are the star performers. The glorious New South Wales rock orchid (Dendrobium speciosum) 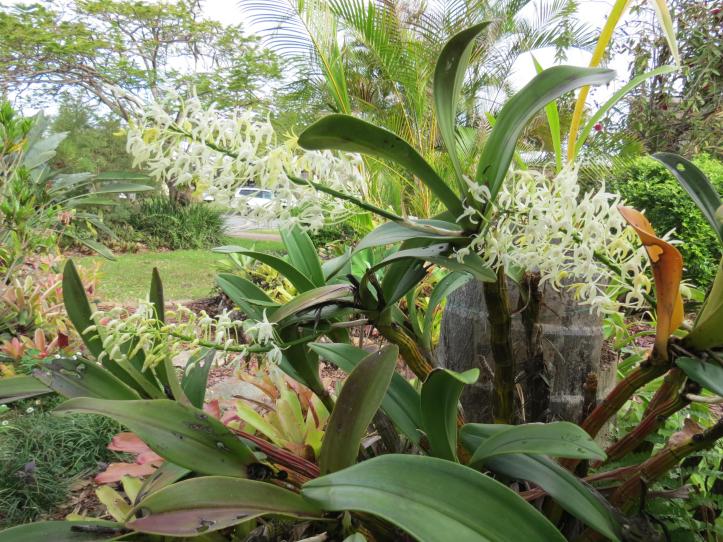 2 weeks ago when I left home they were just a tiny rather insignificant bud, but look at them now.

So despite being on its own most of the month (or maybe because it was on its own) the garden has thrived.