It’s mid summer, the garden is suffering, hot, tropical winds gusting in from the north stripping all the moisture from the soil. Only a mere 7mm of rain has fallen at the beginning of this month. That brought scant relief to the parched earth. The plants droop and suffer in the midday heat under a relentless sun. 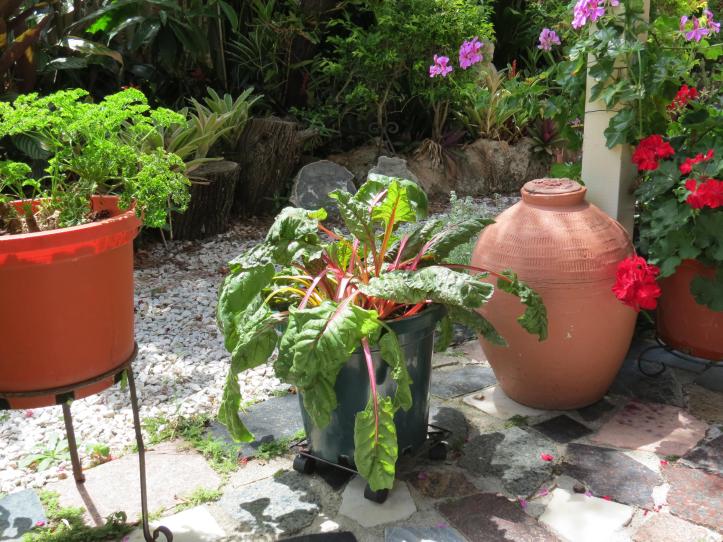 The vulnerable annuals and perennials, that I carefully nurtured from seeds or seedlings, bravely flower on. I lovingly water them every evening.

But the tropical plants rejoice in this climate, the Poinciana brings cheer to my heart as it bursts forth in an exuberant display of vibrant red.

While the beautiful, multi-coloured frangipani, spreads it’s delightful sweet perfume into the air. 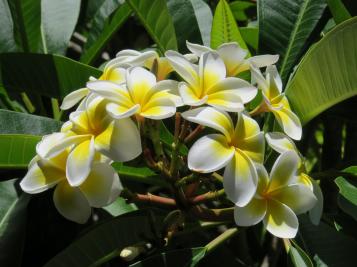 The structural, tropical Heliconia rejoices in the hot, humid climate of this sub-tropical area.

The ever reliable bromeliads fill all the spare corners. 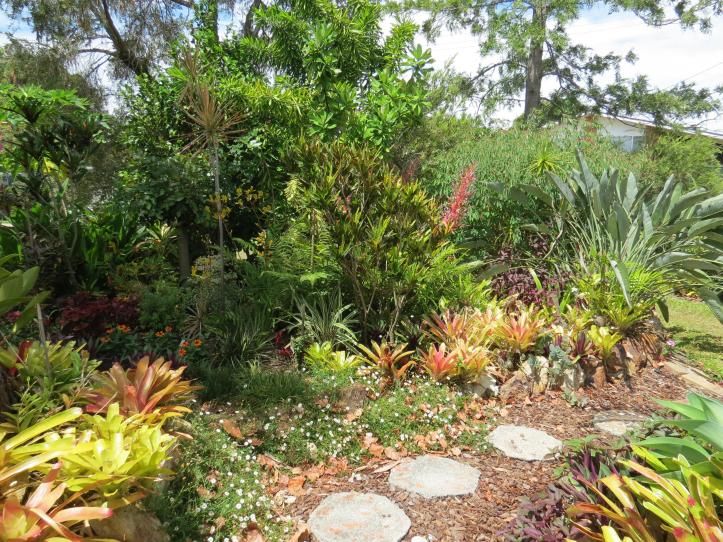 But all that changes in the middle of the month when tropical cyclone Owen rears its destructive head in the Gulf of Carpentaria off the Northern coast of Australia. It swung west, then changed direction and came east.  The “very destructive and severe” cyclone continued to increase in strength as it headed back towards Queensland, promising to deliver a deluge in its wake. It devastated the far north then slowly crept south along the coast heading our way.

At the same time a vicious Sydney hailstorm has been described as a “catastrophe” after waves of rapidly moving cells lashed hundreds of kilometres of New South Wales coastline with heavy rain and wild weather.

Multiple storm fronts converged on the Hunter Valley, Wollongong and Sydney on Thursday afternoon, prompting a severe weather warning from the Bureau of Meteorology.

Windshields had been smashed, roofs damaged and both cars and homes impacted by flash flooding. (see more here)

This storm cell was heading north and we were in the path of both these weather systems. They were predicted to hit us from both directions.

Owen was downgraded to a tropical storm as it travelled slowly south, but still with a sting to its tail as it wreaked havoc along the coast. Then it reached Brisbane, 100 kilometres north of us.

And veered out to sea.

We never got one drop of rain. But the monster from the south still kept coming. Each morning I tuned into the weather map on the Ipad watching the rain and storm bands sweep past on both sides of us.  Then on the 16th it arrived, torrential rains, gale force winds, but, thankfully, no hail in our area. I watched as a lovely 26mm of rain soaked into the garden in 24 hours, followed by another 10mm the next day. 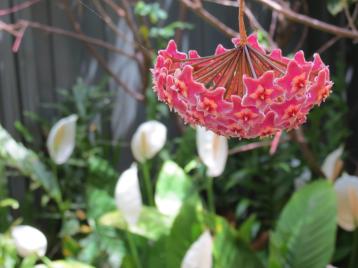 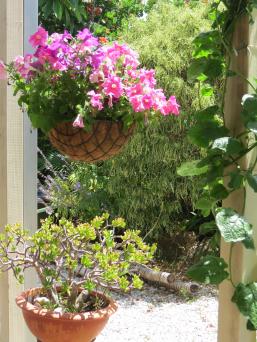 As Christmas approached I was able to wind up the hose and now, instead of spending hours watering the garden, I could walk around admiring all the new growth and sit in the shade with a glass of wine pondering on how diverse and unpredictable the weather is and think of all the people who have been impacted by these storms with roofes torn off and trees blown down, properties flooded and be thankful that this time we just received the blessing of rain with no damaging side effects.

Now it is almost the end of 2018 and after the dramatic weather through the month, Christmas week has produced the most perfect weather that could be imagined. Blue skies, 18deg to 27deg, low humidity and a gentle sea breeze.

So as we head into another year I wish all my WordPress buddies best wishes for 2019 and may you all have a happy and healthy year ahead.