The awesome power of nature.

Gita, a severe tropical 4 cyclone, powered through the South Pacific during last week and devastated Tonga. It then headed south for New Zealand. Downgraded to a category 3 it passed out at sea along the East Coast of Queensland. The excitement among the surfing community was intense as they watched and waited for the predicted huge swells to arrive. The weather forecasters fuelled the anticipation with regular up-dates. Yesterday many beaches were closed due to rough and unpredictable surges, wild surf conditions  hit on Friday and were due to peak on Sunday.

Then today, Sunday, the oceans rose to awesome 3 metre waves. 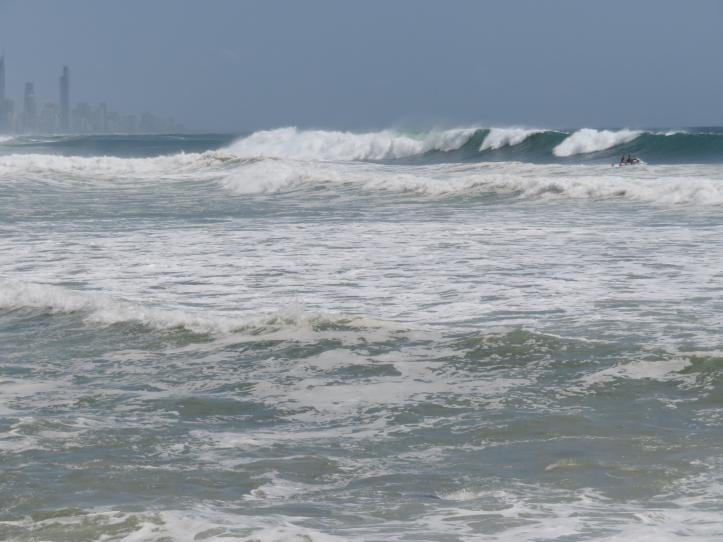 Look carefully in the above photo and you will see a surf ski with the wave dwarfing him? 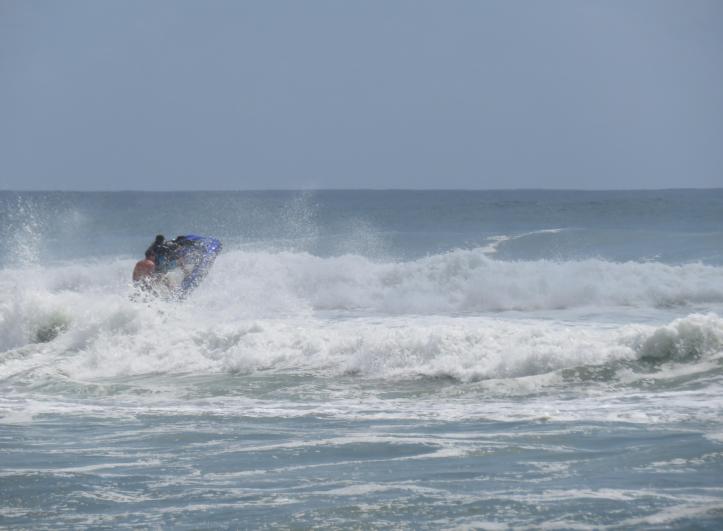 The surfers were being taken out to the back of the waves on the surf skis. It was a wild ride but so much easier than having to paddle out.

Every vantage point was lined with crowds of spectators. Old and young, man and dog. 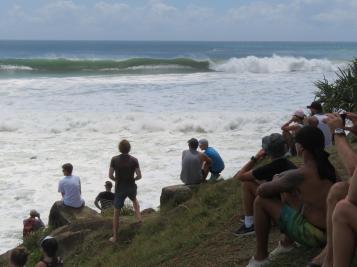 What a bonanza for tourism. Weekend, perfect weather and the excitement of a free show. One down side, finding a car park was almost impossible after 10am.

Even the bike racks were full. We tied our trusty steeds to a spare post, then joined the throngs to watch the show.

Can you see that hazy figure in the middle of all the spray? Only experienced surfers would be able to handle these conditions.

My camera is only a point and shoot and this is, again, quite blurry, but it gives an idea of how huge the swell was. 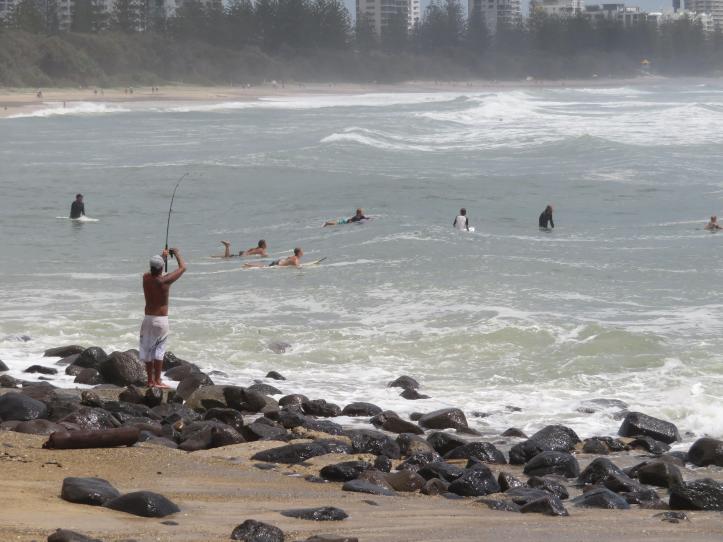 Round the corner, away from the headland, it was smaller waves and this fisherman had found a safer place to try his luck.

The cyclone will not make land fall in Australia but is turned south-west and heading straight for New Zealand.

“Cyclone Gita is set to bring 12m waves in areas near its centre when it hits New Zealand, leading to significant coastal damage and flooding.

After much uncertainty about when and where the cyclone would make landfall, WeatherWatch said today it could hit the upper northwest corner of the South Island on Tuesday afternoon.

“Certainly central New Zealand (upper half of the South Island and lower half of the North Island) appears to be at the greatest risk based on the past few days of various models – but this could still shift further north or south,” WeatherWatch said in a statement.

“Of course this isn’t yet locked in and with the storm still at least three days away this could definitely still change.

Here is a short video I took of the surf.