It was early March, Coronavirus had not reached pandemic proportions, it was mainly simmering away in China. No directions from our government about “social distancing”, no need, yet, to “self isolate” Australia was still in a certain amount of denial that it would happen to us

So I decided we would do something different this year and go a bit further afield for a birthday lunch. Jack and I share the same day for our birthday, 5th March. So, on the spur of the moment and for a change, I chose Sydney and a lunch cruise around Sydney Harbour. 1000 kilometres south and a one and half hour plane trip. Only a short hop in Australian terms of travel…

March 5th dawned overcast and then it poured with rain. This is going to be a very different look at the harbour. Previous visits have always been bathed in brilliant sunshine. 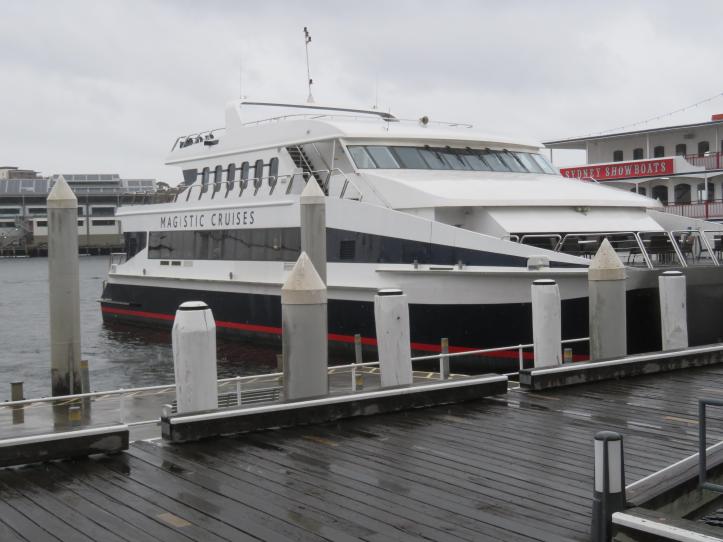 The large trimaran boat waited and when we got aboard it was very obvious that tourism has declined. The friendly waitress told us there were only about a third of the numbers that would normally be on the cruise. 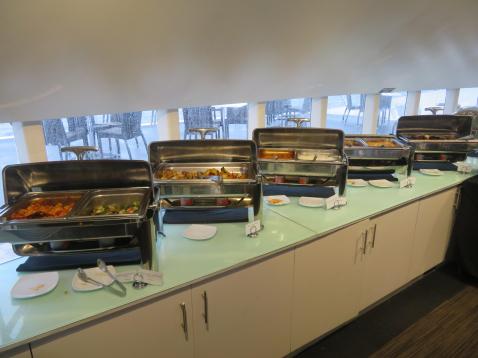 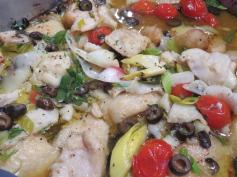 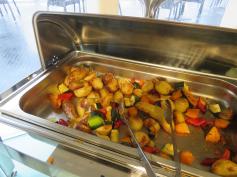 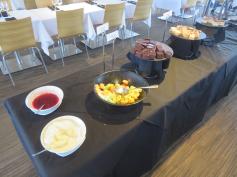 The food was delicious, varied, freshly cooked and plenty of it. What a varied chatter of languages flowed around us, Italian, French, Greek, English, Middle Eastern and just a couple of Asians and sitting next to us a delightful Argentinian couple, who could not speak English, with an older gentleman that I assumed was their father. When they tried valiantly to eat the huge prawns with a knife and fork, Jack, in sign language, gave them a lesson on how to eat them “Aussie style” using your fingers. We all ended up having a good laugh and then taking selfies. 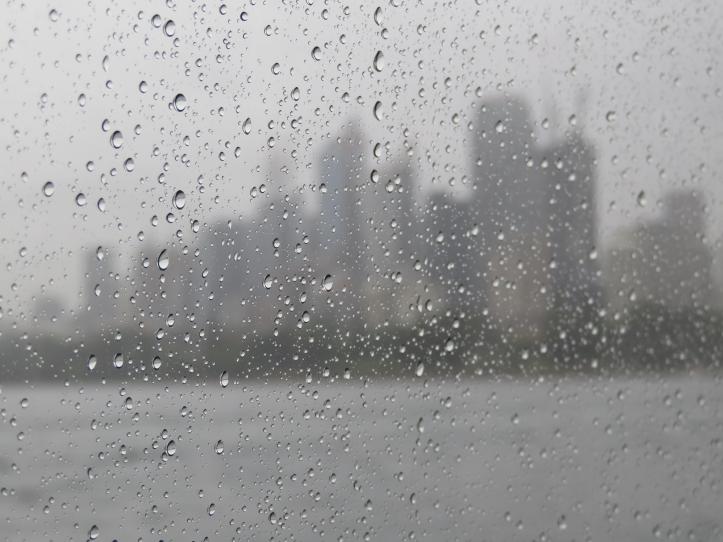 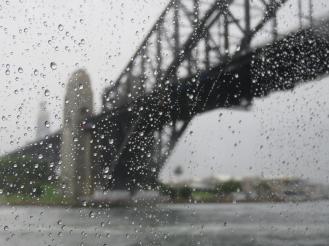 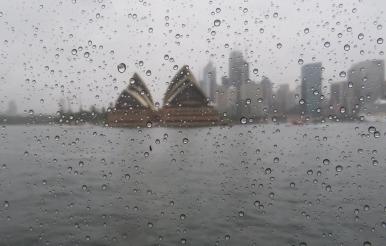 The lunch took 2 hours and we circulated around the groups chatting with the ones that could speak English. As the boat cruised around the harbour past all the iconic landmarks I took some photos through the window. A commentary about the history and details of the things we were passing played in the background. But because of the noise of conversation and clattering dishes I could only hear the occasional snippet. After 2 hours the boat pulled back into Darling Harbour and most guests disembarked. But we had paid an extra $10 to have the 4 hour cruise. So, with only a dozen people left on board, the boat retraced the route around the harbour with the commentary, which I could now hear. I was delighted to have this second hour and a better look as we went onto the back deck sheltered from the rain by a roof. 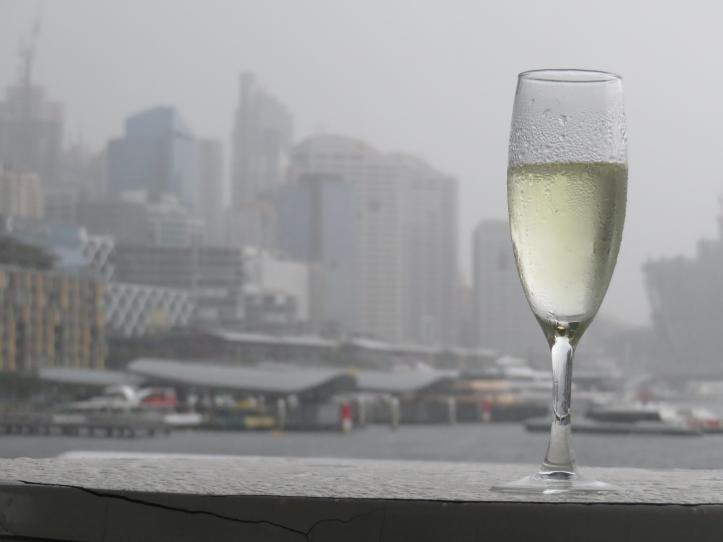 We toast our birthday with glasses of bubbly the waitress gave us and watch Sydney float by. With all the colour washed away it became an ethereal monochrome.

The bridge looms out of the mist and Jack toasts this classic Sydney structure that was opened in March 1932 just 2 weeks after he was born. They are both keeping in very good shape… ( Look very closely at the bottom left corner of the bridge in the below photo and you may see a group of tourists just starting their climb to the top of the bridge. What brave souls in this windy and rainy weather)

As we glide under the bridge the stately opera house slowly emerges. The sails of this amazing building merging with the grey clouds. 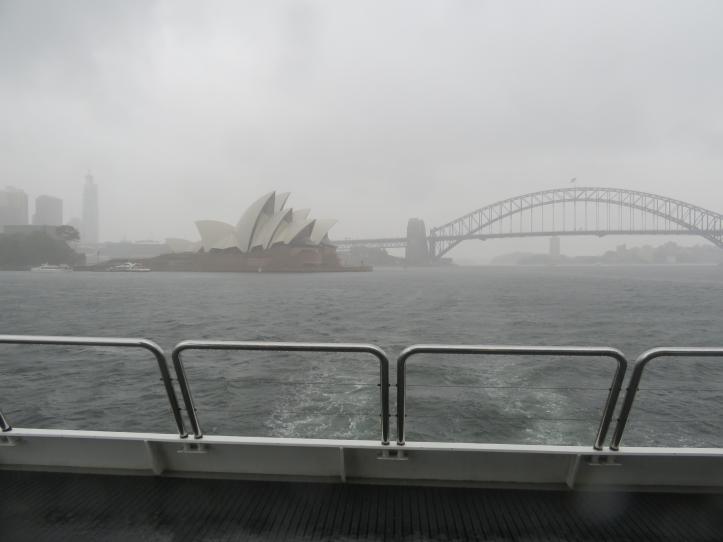 Now we pass the million dollar mansions all clustered along the shore line sharing a view of this best harbour in the world. 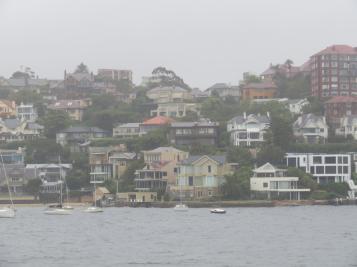 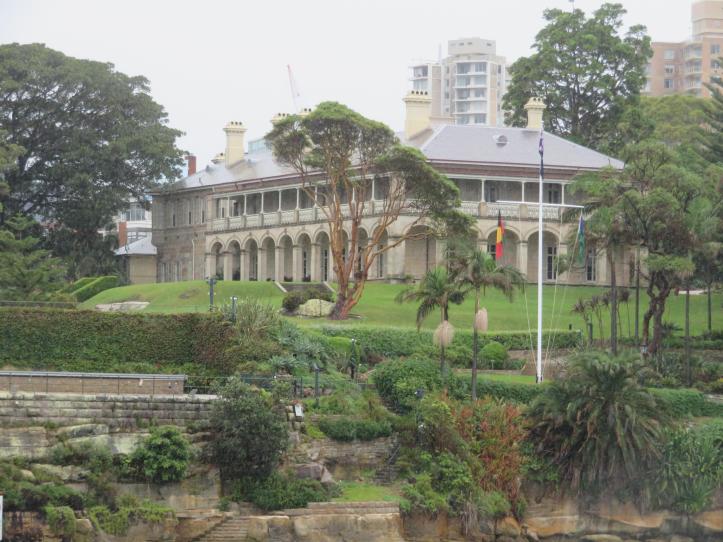 This bottom photo is the Admiralty House home of the Governor General. We are heading back now and pass under the bridge again, stopping briefly at Circular Quay to let some guests off. 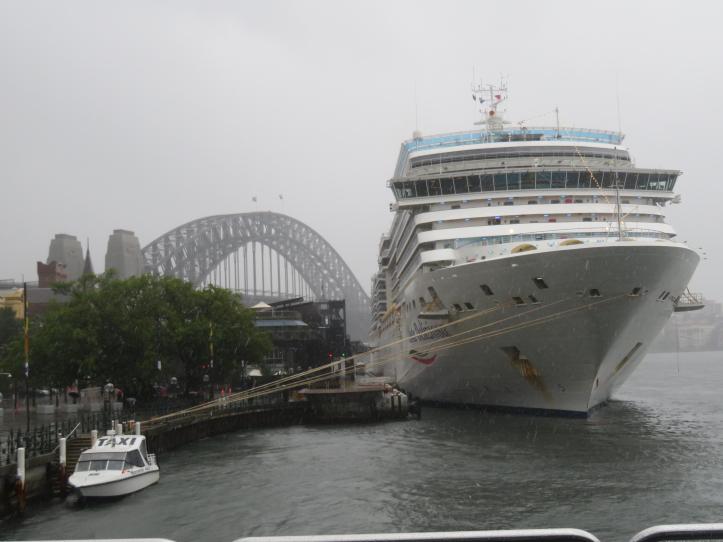 This is the cruise ship terminal. These floating cities dwarf the bridge. Little did we know at this time, as we passed this monster, that in a couple of weeks time, from this photo, they would be floating virus hubs and the cruise ships would not be allowed to dock here. And the massive cruise ship industry would be in crisis.

How the world is about to change.

This has been a memorable way to spend our birthday and we still have 2 more days before we head home.

With all my activities now on hold I have time to catch up with my journal, this is the first page. Not much drawing in these pages but there will be more to come. I like to keep the colourful brochures they hand out.

Cathy of “Wander Essence” hosts an art journal invitation and she invites you to join in. Now this post only just qualifies as I only have the one spread to show you. But go over to see Cathy’s post it is so inspirational